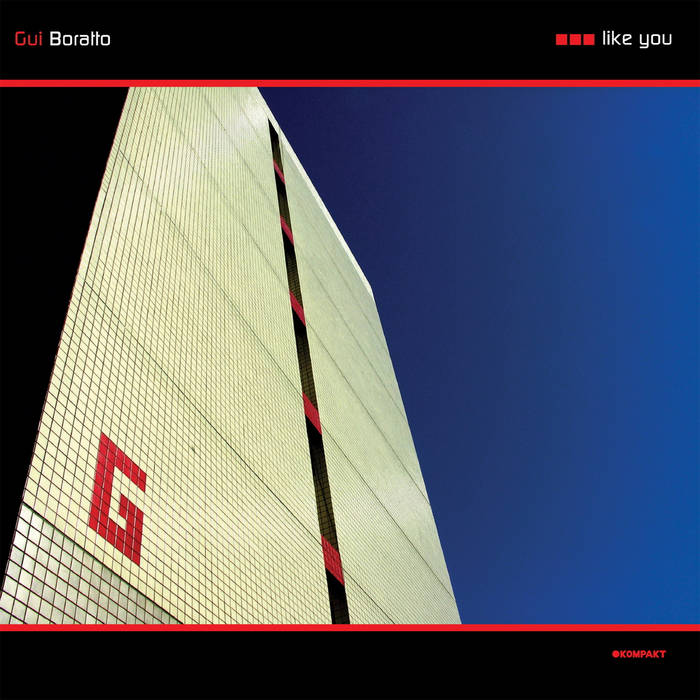 So GUI BORATTO can now also be found on KOMPAKT POP. Not only do we owe it to KOMPAKT´s new love for the Copa Cabana. And not because of the imminent World Cup championship, and the Germans´ traditional affection for the virtuosity of Brazilians'. We answer NO to all of these suspicious allegations . It's solely thanks to our jack-of-all-trades, GUI BORATTO, beside his inspiring hits on K2, that he has conjured a breakthrough for KOMPAKT POP. LIKE YOU is a summer hit composed with a textbook snicker. Slightly wild-pitched, with a party-beat set at beach-factor 10. A harmonious bathing that leaves you clean and fresh, with goose bumps all over your body. And to top it all off, he adds the caressing vocals of GUI´s wife, LUCIANA VILLANOVA - in the flesh. IF...in the case your not quite sold, And it's not so ridiculously good enough for your jaded ears, MICHAEL MAYER and SUPERPITCHER team up as SUPERMAYER, A match-up sure to cause widespread hysteria in the clubs. Fire in the hole!

Born in São Paulo, Brazil, in 1974, Gui Boratto began working as a producer, audio engineer and multi-instrumentalist in the early '90s. After countless licenses from major international major labels, he started dedicating his time to his own music, stringing together various strands of pop-infused techno and house and translating them into his very own stream of groove consciousness. ... more

Bandcamp Daily  your guide to the world of Bandcamp